Gem Rocks is a Yggdrasil powered slot with a 6 by 4 layout and a massive 4096 ways to win! It is classified as a medium variance slot but I personally consider it a lower variance play and you’ll see why when you play J Aside from its variance, Gem Rocks has a stunning back drop and the bonus features are frequent. 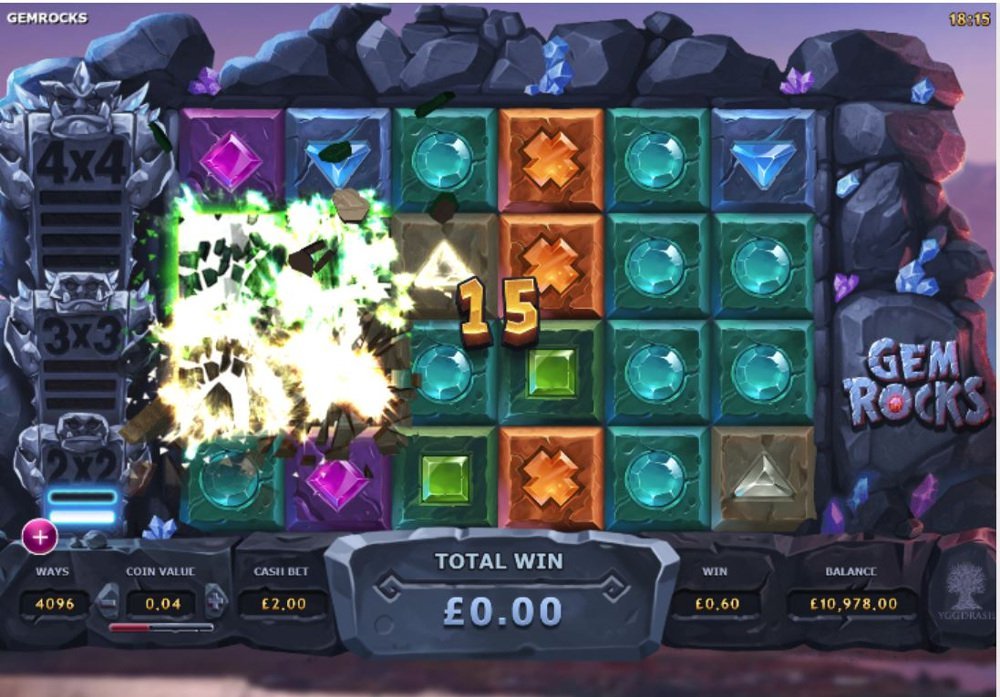 You will find 8 gems on this slot and the highest paying one is the star so keep a special eye on that gem as it pays out 75 coins. Once you activate a winning combo, the gems will drop down causing symbols to disappear from your reels and new ones take their place. This will happen as long as new winning combos form so hopefully, it takes a while 😛