Yessss, let’s take this Tuesday to a whole new level with Reel Heist. This 5-reel 40-payline Bad Cops-themed slot will have you on the edge of your seat. It’s powered by Red Tiger Gaming and even though they are not the most renowned name in the industry, you wouldn’t be able to tell by their quick-loading and crisp graphics!

As I’m sure you would have guessed it, the Cop is the wild symbol in the game substituting all other symbols AND, he even forms his own winning combos J You should make a mental note that the wild cops and robbers have different values on the slot and will show up at random anywhere on the reels. We tell you this because it will affect your winnings and…. Winnings are important 😛 If the Cop catches the robber, your prize is paid out to you as a wager return from 32x, 64x, 80x, 128x or 2000x depending on which robber is caught. Kinda like Bounty Hunter. 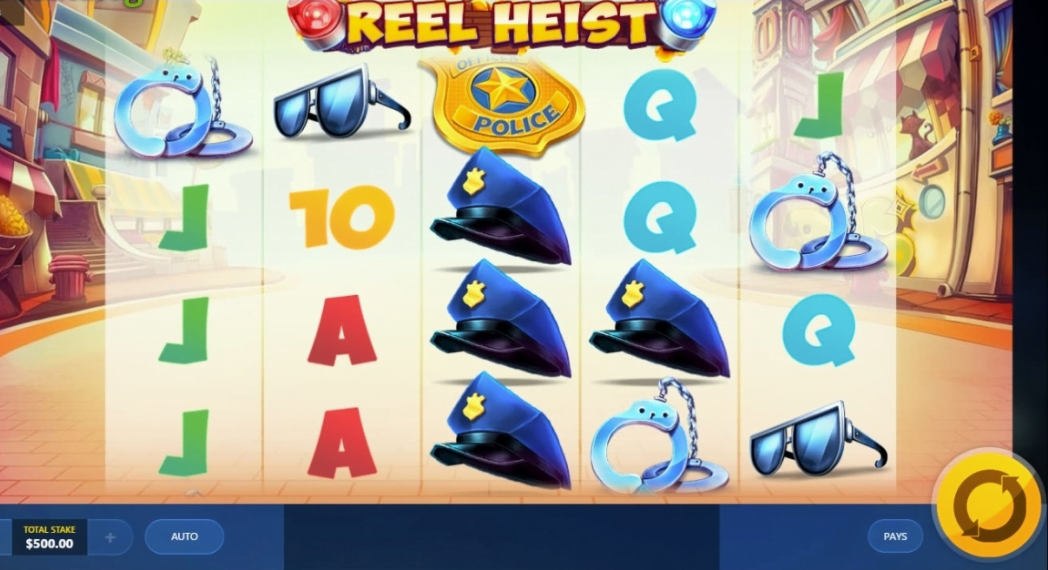 If the Wild Copy actually gets to hit a robber with his baton, the robber is shocked until he is caught. Basically, ensuring a catch. The Cop can throw his baton numerous times allowing him to stun multiple robbers.

Ready to catch a robber? Try it out here