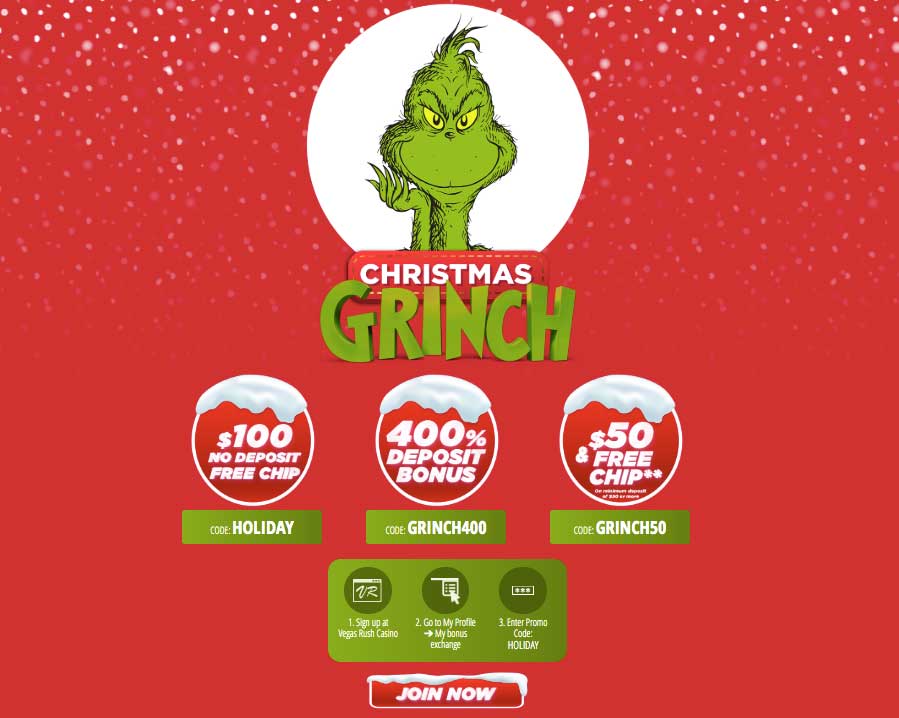 Christmas is only a few days away and we want to spoil you with freebies early this year. Sign up with Vegas Rush and receive a $100 Free Chip. Click HERE and follow the steps below to redeem this exclusive offer 😀

Just when you thought the war between Santa and Rudolph was over, these two infamous opponents have taken their rivalry to the next level in the Rudolph Awakens slot by RTG!

Released in November 2019 in preparation for Christmas, Rudolph Awakens is an online slot that is part of the Rudolph vs. Santa series. This holiday slot follows on from the previous slots, Return of the Rudolph, Santa Strikes Back and Rudolph’s Revenge.

Game Summary
Rudolph Awakens is a 5-reel slot machine that offers players a total of 30 winning combinations spread across variable paylines. In addition, there are a couple of exciting bonus features that can be triggered during normal game-play. The highest payout is 50,000x the original bet – that’s sure to make it a merry Christmas.

Slot Features
Rudolph Awakens gives players the chance to extend their game-play and win a stack of free games. This fun feature can be triggered when Rudolph appears and covers reel 3. Once triggered, players will be gifted 10 free games where Rudolph will nudge and cover the reels during every free game spin. Players will also have the chance to win more free games during this feature by revealing ‘Extra Game’ symbols on specified reels during the original 10 free games.

Unlock the Christmas cheer and give Rudolph Awakens a spin today!